OMAHA—Over the past weekend, wrestlers from around the country descended on the CHI Health Center in Omaha, NE for the USA Wrestling U23 and UWW Junior National championships, all vying for spots on World Teams, or an All-American finish at the first big event since the start of the pandemic.

No Pennsylvania wrestler had as good a weekend as New Ringgold’s Jake Hendricks.  The Wyoming Seminary grad, now at the University of Pennsylvania and competing for the Penn RTC, came home with hardware in all three events he entered.

Hendricks kicked off his weekend in a big way, earning a slot on the junior world team with a championship at 82Kg in UWW juniors, before finishing as the runner-up in U23 Greco.  Hendricks ended the week with another All-American finish, 8th place at 86kg in UWW junior freestyle.

Another Sem alum, Vayle-Rae Baker from Benton, now competing for the Twinc Cities RTC, came home with multiple All-American finishes, grabbing third in U23 women’s freestyle at 55kg, and finishing as the runner-up in UWW juniors, also at 55kg.

While Baker was the lone All-American for PA on the women’s side in U23, Ava Bayless (Wyoming Seminary) joined Baker with a 3rd place finish at 50kg in UWW juniors.

Both boys teams in the gold bracket Sunday

WISCONSIN DELLS—Both of the PAUSAW boys teams are still in the hunt for a national title at the USA Wrestling Folkstyle Tour of America National Club Duals, with each emerging from pool competition with first place finishes.

The high school team was a perfect 5-0 on the day, with wins over Highway Wrestling White 36-12; MWC Wrestling Club White 43-6; Askren Wrestling Academy White 34-18 and Prior Lake Wrestling Club 22-21, taking a tie-breaker for most bouts won after the dual finished tied 21-21. Team PA wrapped up pool competition with a win over Vision Quest Colorado 35-11

When wrestling gets underway Sunday morning, Team PA gets started with a dual against Crass Trained Weigh-in Club (WI).

As of this writing, their first round opponent Sunday was still to be determined.

WISCONSIN DELLS—Pennsylvania took three girls teams—two middle school and a high school-- to Wisconsin Dells over the weekend to compete in the USA Wrestling Folkstyle Tour of America Nationals Duals.

Up next for Red came against PA White, who dropped its first round match-up to Badger Girls Elite (WI) by a score of 39-7, with only Sierra Chiesa (92) and Savannah Witt (120) coming away with victories for White. Red won the battle for PA supremacy 30-17.

Trout and Rumsey picked up their second falls of the day in the dual, while Aubre Krazer (86), Jordyn Fouse (112) and Jael Miller also got the slap of the mat.

Red secured a first-place finish, edging Badger Girls Elite 31-24 in the final round. Trailing 24-19 going into the final two bouts of the dual, the Red lightweights got the job done, with back-to-back pins.

“I knew the kind of hammers we had coming up,” said coach Lewis Rumsey. “I Knew they could get it done. All through the line-up, we had girls that you could count on. I’m really proud of how hard they wrestled all day.”

At 72, Trout got a quick takedown and hooked up an arm bar to deck Alexa Thomas in just 27-seconds.

“I have to admit I was really nervous going in,” said Trout. “This whole team was counting on me and I knew I just had to go out and get it. I’m really proud of the way I wrestled all day—and proud of my teammates.”

Rumsey was next, and slammed the door shut with a second period fall over Dilynn Albrecht.

“It felt so good when I got the pin,” said Rumsey. “We worked hard all day, and now we were the national duals champions. It just feels great.”
White rebounded with a final round win over Lady Outlaws, 39-18. Chiesa won by fall in the victory, while Sienna Landrum (105) wrestled to a win by decision.

The high school girls ran into a hammer right off the bat, in the USA Women National Travel Team. Team USA, who ran away with the championship title, topped the PA girls 48-6. Charlotte Guilfoil, who pinned Paige Peterson at 140, was one of only three girls with a win over Team USA all day.

Team PA bounced right back, turning back Askren Wrestling Academy 40-14. After Lexi Schechterly took a forfeit at 106 for PA, Askren answered back with three straight wins to go up 14-6 after four weights. They wouldn’t win another bout the rest of the way as Isabella Dias (132), Guilfoil, and Andrea Wilmouth (160) got pins; Colleen Kline (100) picked up a 10-0 major decision, while Mia Baumbarger (150) and Kaitlyn Pegeralla (170) collected forfeits.

In round three, Ana Mllovich (114), Morgan Edwards (120) and Schechterly each won by fall in a 60-0 win over Ground Up USA, with all the other points coming by way of forfeit.

Kato FSGR was the fourth round opponent, and the two were locked up in a doozy, with Kato edging PA by a score of 25-21.

When Team USA knocked off Kato FSGR in round five, PA earned a third-place finish.

UWW Junior and U23 Trials

Find the event homepage here, with links to registration and hotels here: https://usawrestlingevents.com/event/2100005802

And the full schedule here:
https://usawrestlingevents.com/event/2100005802/schedule

We have finished our Fargo Fantasy Bracket event and it was super we had lots of entries.

The boys bracket winners was Len Pinto. Bob Gano hd the most points with 65 and he won the $100 first prize.

Below are the list of Boy Bracket Winners and the amount they won.

All the winners will receive a gift card of their choice.

Thanks to all of you that played along!!

PAUSAW is proud to announce its inaugural All-Scholastic teams for 2019-2020.

Over the past several weeks, parents and coaches from across the state have been asked to submit the names of athletes who excel in the classroom as well as on the mats.

The response was overwhelming, and a total of 74 boys, along with 30 girls met the criteria of a GPA of 3.0 or better.

That list of wrestlers has been further whittled down, as a PAUSAW committee granted the first-ever PAUSAW Scholarships to seniors on the first and second teams.

Your feedback is always welcomed!

I would like to thank you for selecting me to the PAUSAW 12th Grad Scholastic First Team, the scholarship was very generous of you and your organization. Thank you for all that you do for our great sport!

Thanks again!
Will Schwartz"

"This is from Darren Cassidy (Kaden Dad) Joe just wanted to say THANK YOU VERY MUCH for the Certificate and Scholarship for Kaden!!!!  That was very much a surprise to us, and very much appreciated!!!  Thank you for all your time and dedication to PA wrestling over his career!

Kaden - Mr. Stabilito Thank you so much! "

CONGRATULATIONS TO CAITLYN WALKER FOR WINNING THIS YEAR TRICIA SAUNDERS AWARD FOR PA.

Caitlyn is a senior at Wyoming Seminary and Mohawk Wrestling club as well as a member of many PAUSAW National Teams. She is now eligible for the regional and national awards to be named at a later date.

Congratulations to Ed Scott for being this years PA winner. Ed is a 2x State Champion and has been on many PAUSAW National Teams and a Fargo All American.

WOW what a day we set another record with over 370 girls competing at Gettysburg High School. It was a great day of wrestling that feature over 60 Youth and Middle School brackets and 12 High School brackets. The High School finals was a show within a show not only featuring great wrestling and had a DJ, lights and smoke and some super music. We also had PA-Wrestling.com Joe Youngblood to announce and record the finals and joining him was Leigh Jaynes (Head Coach at Delaware Valley College and National Team Member).  Pennsylvania has formed a new group to try to get girls wrestling started within the PIAA and we lucky to have committee members Brooke Zumas and Leah Wright talked about SANCTION PA!

The event also saw the follow wrestlers pick up multiple state championships at the 3 years the event has been in Gettysburg Caitlyn Walker (3), Montana DeLawder (3), Riley Stoner (2) and Tiffani Baublitz (3).

Results of both Championship can be found on Track!

Yesterday McKenna Atkinson becomes the youngest Bronze Certified Coach in PA and one of the youngest in the United States.

Congratulations McKenna and I am hope to see more female wrestlers get certified.

Carden Wagner and Emily Murphy became the youngest Bronze Level Certified Coaches in PA. Emily completed her Bronze as a Wrestling Leader and she is also the Youngest Wrestling Leader. Carden signed up as a club coach to get his Bronze. Emily and Carden are brother and sister and when on the mat they wrestle for Buffalo Valley Regional Training Center located at Bucknell University. A super achievement for these two youngest and I am going to challenge all the youth in PA to get there Copper or Bronze level done it is still being offered free from USA Wrestling.

Also any parent that might want to coach at our qualifiers or regional's and States this would be the time to get your coaching certification done so you could coach your son or daughter.

Congratulations to Kyle Martin for becoming PA second Gold level coach. Kyle I know you worked hard for this and the PAUSAW Board and the Wrestling community is proud of you! Keep up the good work. 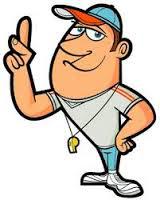 USA Wrestling is excited to announce that we are adding an online bronze certification course to supplement the in-person classes.

Some of our coach members might have difficulty driving long distances to a bronze class or the dates/times may not fit into their schedule so we’ve launched this online course to help meet their needs.

The online course can be taken but you will need to have you new account setup and claim your profile: